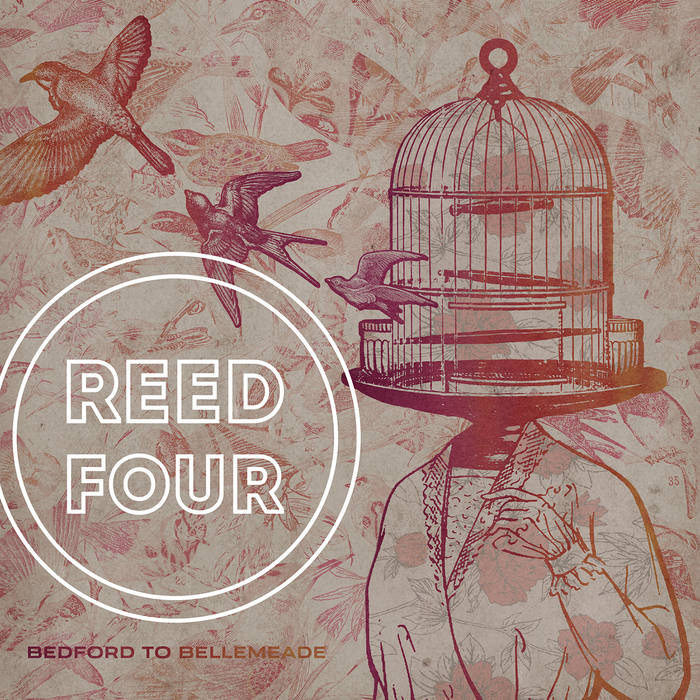 A labor of love 3 years in the making, Bedford to Bellemeade was self recorded at Joe's house every Sunday from March 2013 through December 2013. The album art was conceptualized from passing around music video ideas and playing off of recurring imagery sang throughout the album. Aaron Tanner of Melodic Virtue then brought this concept to light by creating the surrealistic imagery that decorates the album's cover.

This album is dedicated to Shannan Reed and Kevin Grider.
When I stopped searching, I was finally able to see you in my own face, hands, movements, and laughter.

All songs written and recorded by Reed Four.
Lyrics by Andria Reed and Lauren Poole.
Guest performance on "How I Feel for Me" by Lauren Poole.
Mixed and mastered by Mike Boren.
Designed by Aaron Tanner, Melodic Virtue.

Our new single is in the Morbid Colors movie trailer: youtu.be/SU-cXnstqAY

Bandcamp Daily  your guide to the world of Bandcamp